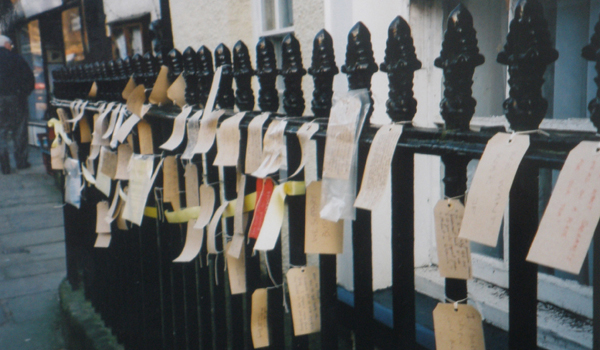 Posted at 16:36h in SCULPTURE by wallace

‘Action’ refers to performance events, especially those involving a strong degree of uncertainty and improvisation. It forms around an idea, is manifested and then the idea set loose to be interpreted and manifested in other locations, by other people, known and unknown to the originators. It fits here as a version of social sculpture / social engagement.