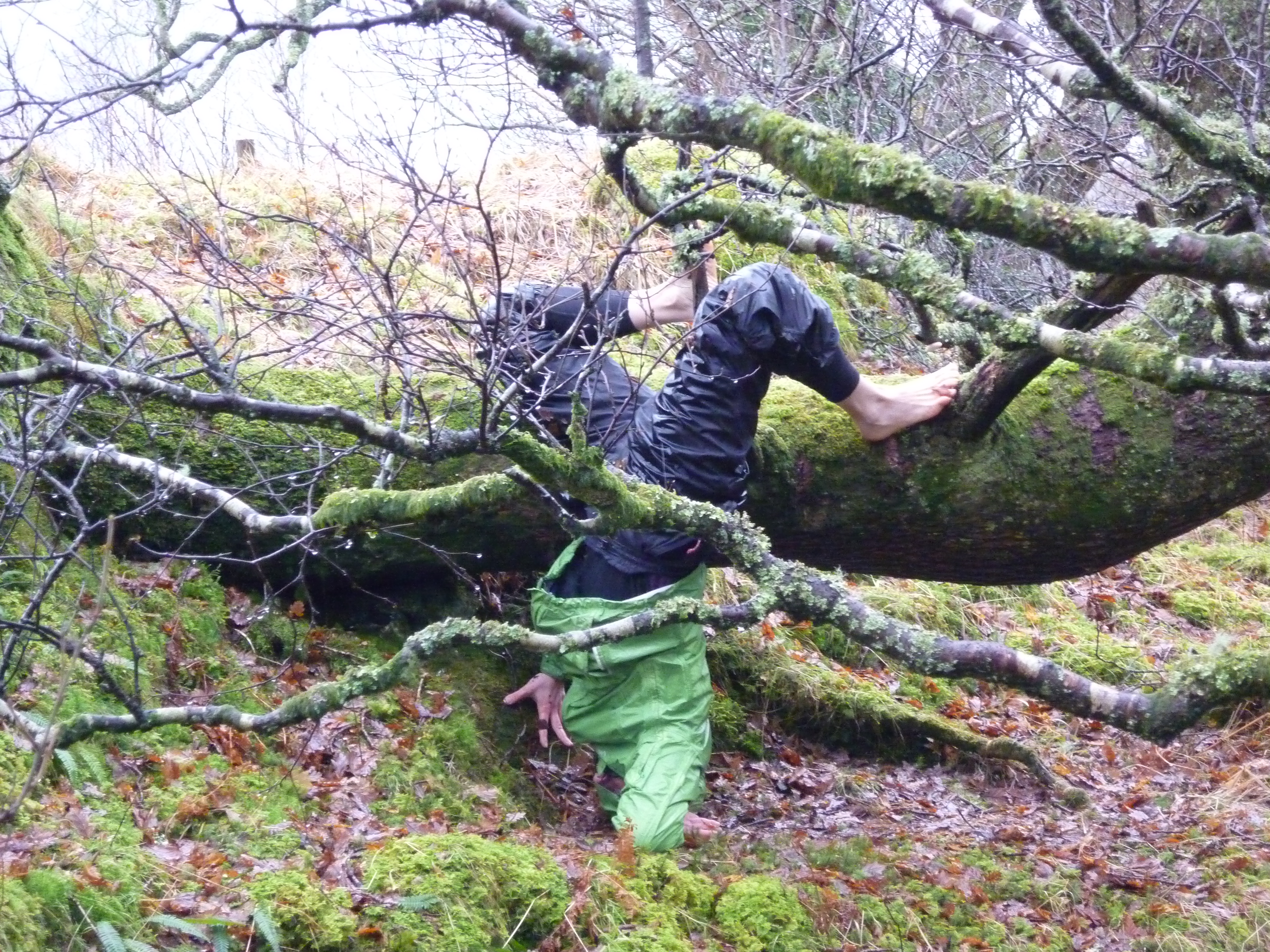 This paper came out of collaborations with the outdoor movement artist Paula Kramer and the workshop we provided at Tanzkongress, Düsseldorf 2013.

‘I’ll describe improvised movements by a dancer while touching the vegetation, the rocks, the soils and waters of a location, influenced by gravity and by weather and by a witness. My argument is that these improvisations make possible a novel experience of the ethical for the witness, an experience that moves through the body, as likened to Irigaray’s porous movement from within to outside the body…

Paula works with questions of how the human body can perceive and respond to an agency of matter, or the capacities of collections of entities. How does the shift in human consciousness allow for, what she calls, the rising of other presences that the dance can accept and move with, as if they were autonomous – but always unknowable … As a witness one experiences a kinaesthetic empathy. For the witness, though, the ‘other’ is not the tree or stone, but the human in relation with the stone. They don’t form one smooth entity.

Then, when Paula moves away, the rock, the tree, the river bed has become different, if only for a moment. It has become something that compels the witness to go and touch it, too, to acknowledge it. It has not been made ‘special’ by human attention. It’s as if the human – in attempting to be receptive, or to be like matter herself – has somehow entered the time, the duration of the material, not only touched its surface, volume or depth. There is a moment of mutual letting go, when there is a lingering between the human body and the tree, and even the witness can feel the changes that have been effected – as ephemeral and dissipating as they might be’.

at International Society for Environmental Ethics, University of East Anglia 2013